1000’s of Americans are moving here and 1000’s of Floridians are relocating throughout the State.

Where and why are so many moving to Florida?

With 30 years of experience moving Florida families and businesses, A Mother’s Touch Movers, the superior moving company in Melbourne, FL, answers the questions, “Why Florida?” and “Where in Florida?” are people going.  We know moving in Brevard County, it is our home county, our beloved community, and we can certainly share the unique highlights of the Space Coast.  Yet, we have also successfully completed thousands of commercial and residential moves to and from all corners of our great State – Key West to Pensacola, Jacksonville to Naples.  And, every Florida coast from the panhandle throughout the peninsula including the Forgotten, Emerald, Treasure, First, and the Space Coast, which is leading the state in attraction of millennials.  Florida is the gem of the nation for relocation, but don’t just take our word, check out what others are saying.

Florida Daily: “Americans are moving to low-tax states like Florida which has no state income tax. The report showed that California was seeing the most people leaving it followed by Illinois and New Jersey.”

Florida Attorney General Moody (in a recent public announcement): “Florida is red hot. Our low taxes, growing economy, common-sense leadership, and great weather has people from all over rushing to move here.”

Strategistico, a leading online platform for strategic insights on the future of living with researched solutions, reports the following for 2021:

Over 300,000 people have moved to Florida within the last year, and there are plenty of reasons why it has become so popular.

So, what about the Space Coast is attracting an inspiring amount of new millennial residents?  Millennials value a high quality of work/life balance and they are mobile.  Moving within Florida or moving to Florida, is not as heavy of a lift as it might be for established baby boomers and parents of school-age children.

Space Coast Daily News: “There is more to Florida than retirees and Mickey Mouse.  The Space Coast has carved its mark as a backdrop to some of the most influential moments in human history. With surfing beaches, arts districts, and a reasonable cost of living, the area is the perfect place for millennials to move.”

Space Coast Daily News:  “The population of 20 to 29-year-olds on the Space Coast has grown faster than the rest of the country. Young people aren’t following their parents and grandparents by moving to a big city to start a career.  They want to establish a home in a cohesive community that supports a work-life balance. People are getting the message that towns like Melbourne, Florida offers opportunities you won’t find elsewhere. Brevard County residents can have an outsized impact on their community and affect change in their government.”

So, whether you are a millennial or at a more mature stage of life, moving in Florida — the gem of the nation for relocation — is soaring.  Here are the 10 fastest growing cities according to Stategistico’s analyzation of the latest Census data for 2021, ranked from 10th to 1st, with a few fun facts added.

With over three decades of moving experience, we pride ourselves in our ability to take the stress out of your move. Whether you just need help loading and unloading your personal, or rented moving truck all the way to packing, moving, and unpacking everything for you. We will customize our service to meet your needs, and as always, exceed your expectations.  Call A Mother’s Touch Moving, the leading Brevard County moving company, for your free in person or virtual estimate today.

A Mother’s Touch Movers is Melbourne’s trusted source for all their moving needs. We are a family-owned and operated moving company in Melbourne, FL with more than 30 years of moving experience.

3 Tips on How to Pack to Make Your Move Easier 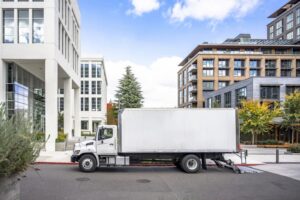 A Mother’s Touch Movers is Melbourne’s trusted source for all their moving needs. We are a family-owned and operated moving company in Melbourne, FL with more than 30 years of moving experience.

We are available 7 days a week

Sign up for our newsletter and stay up to date